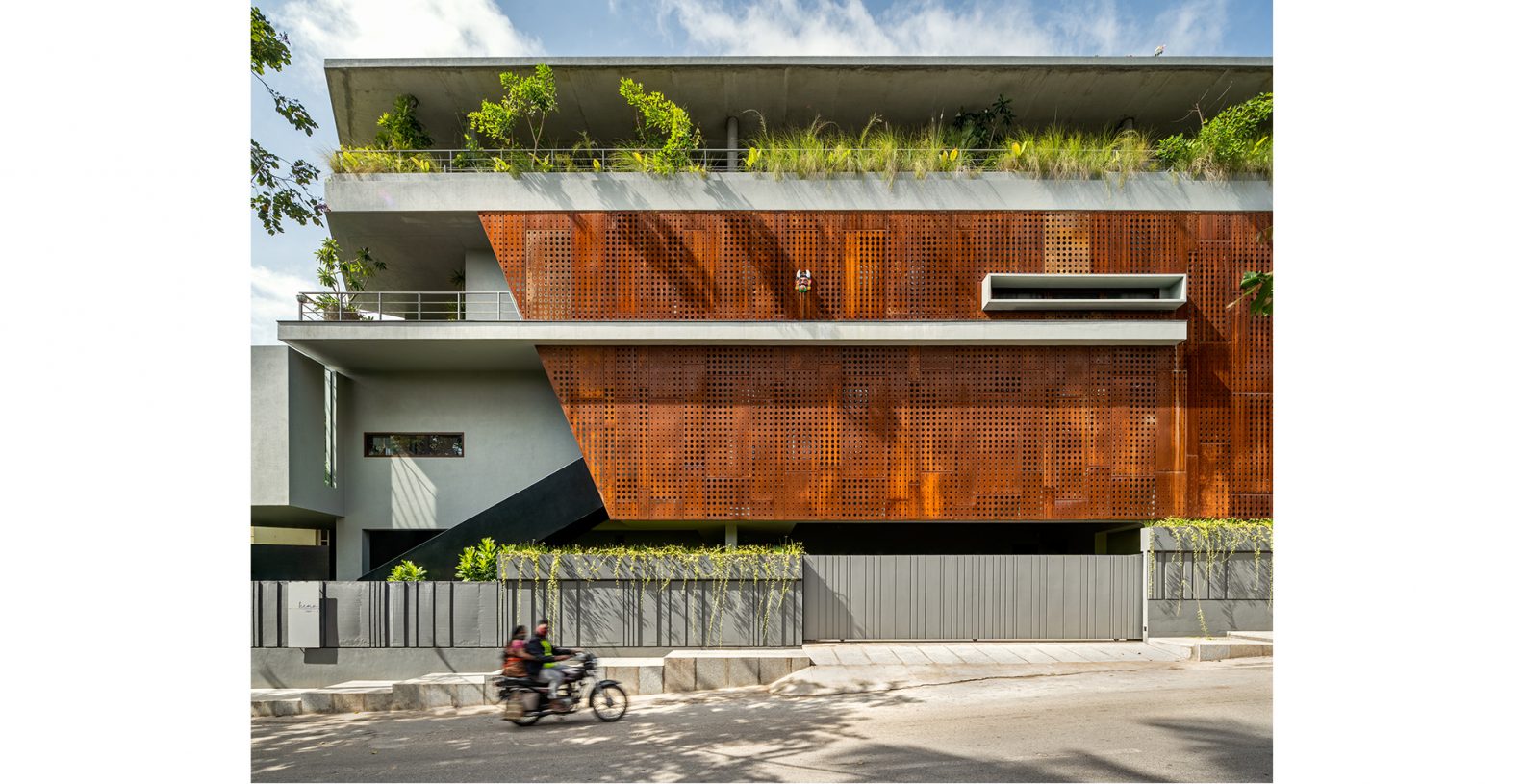 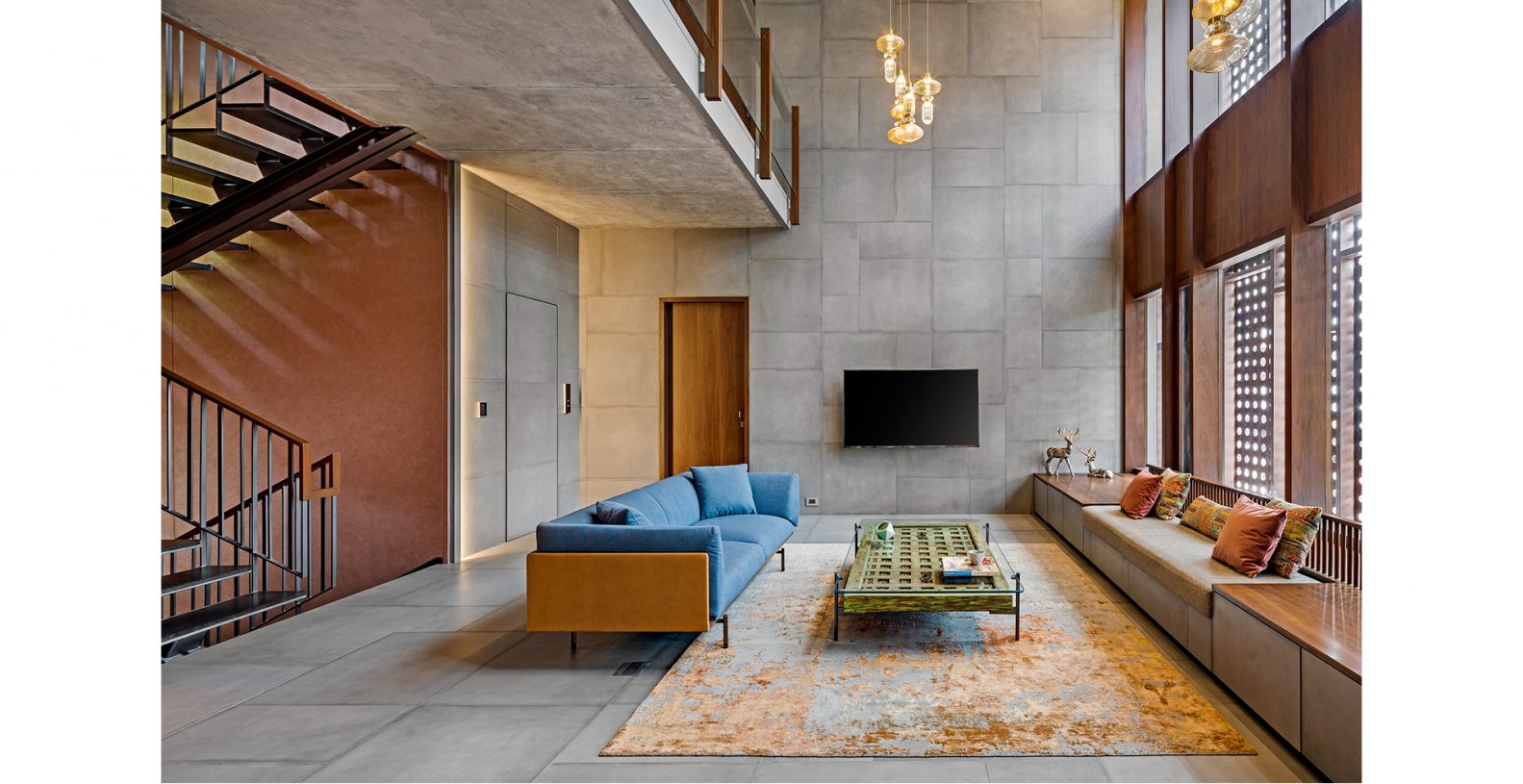 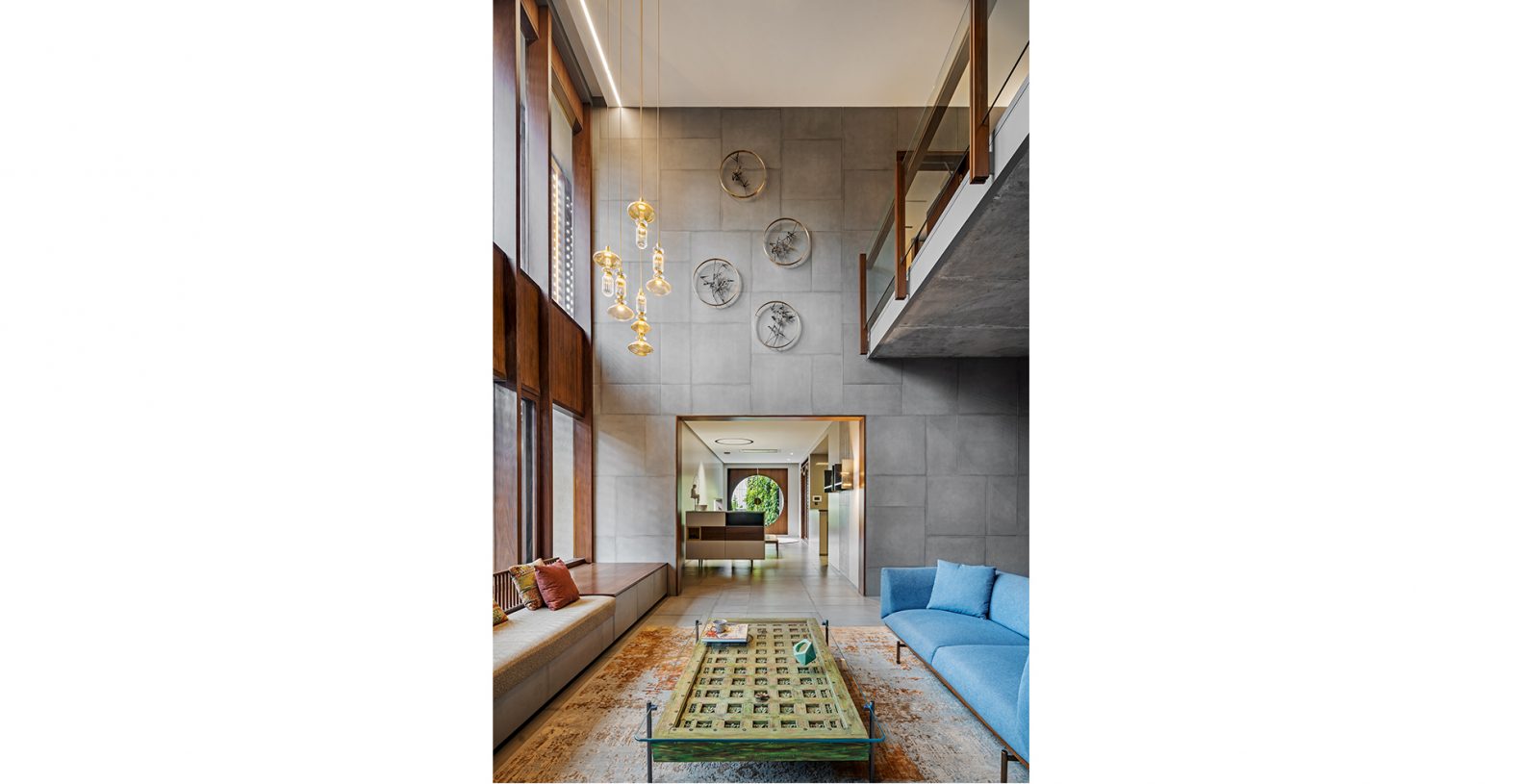 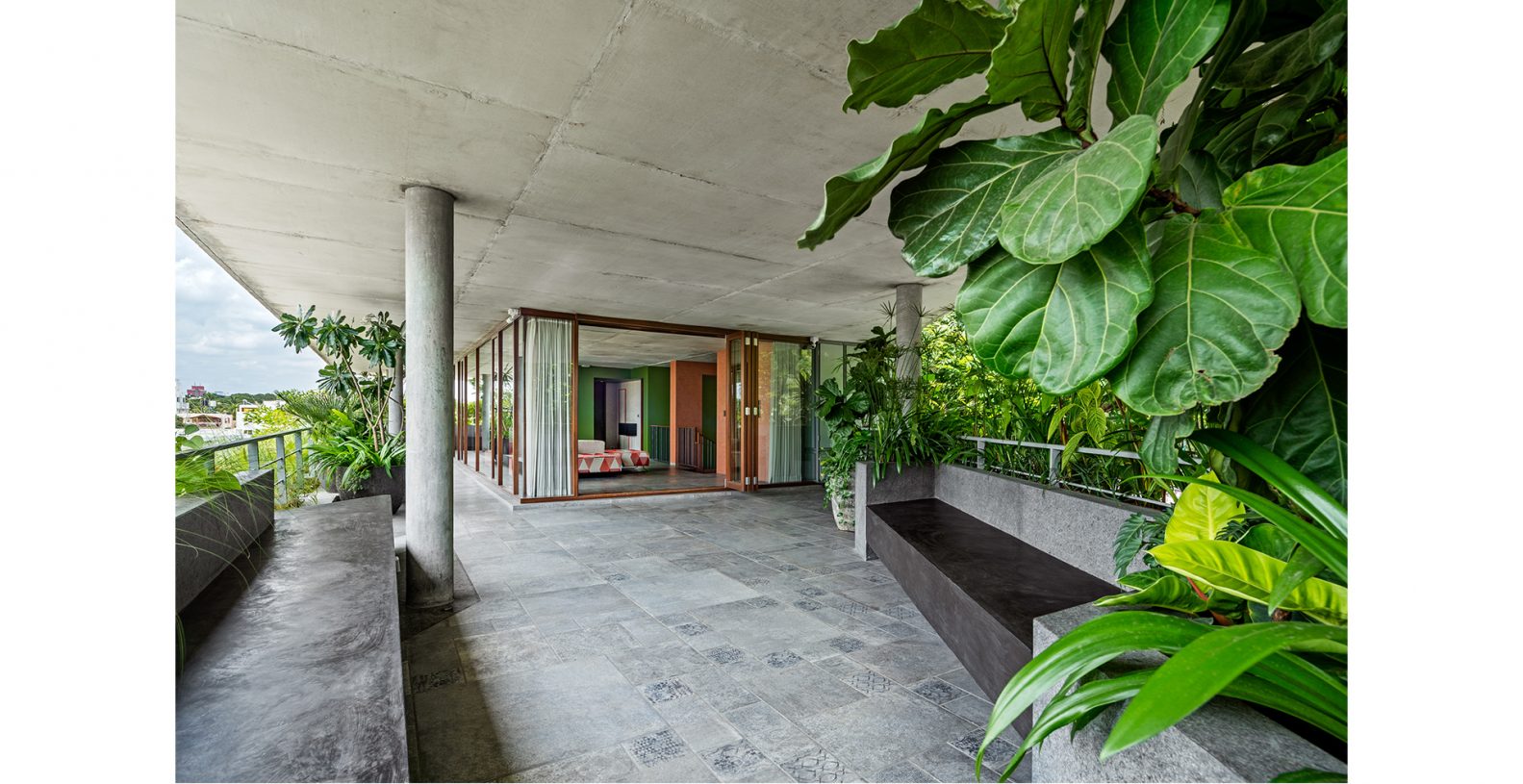 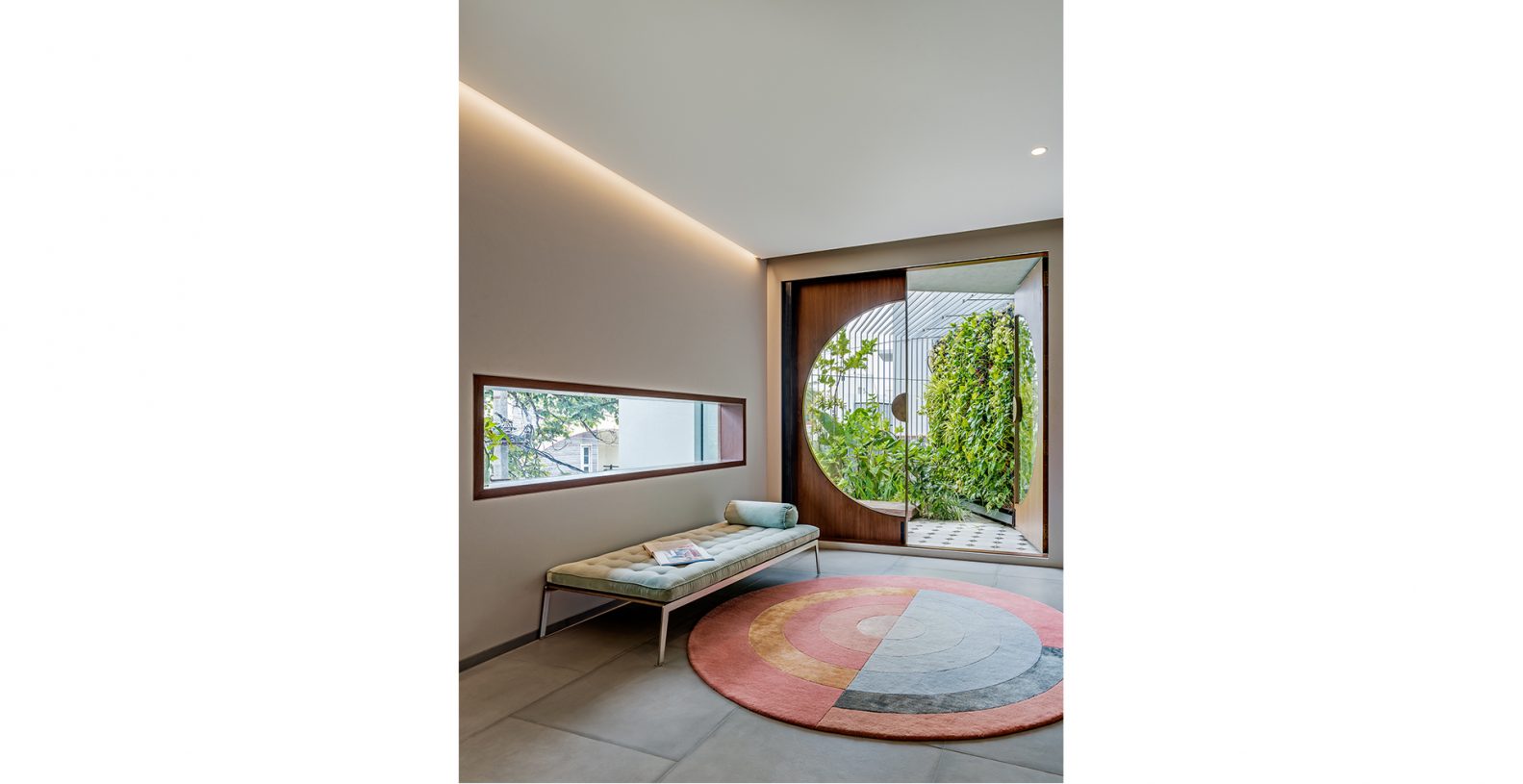 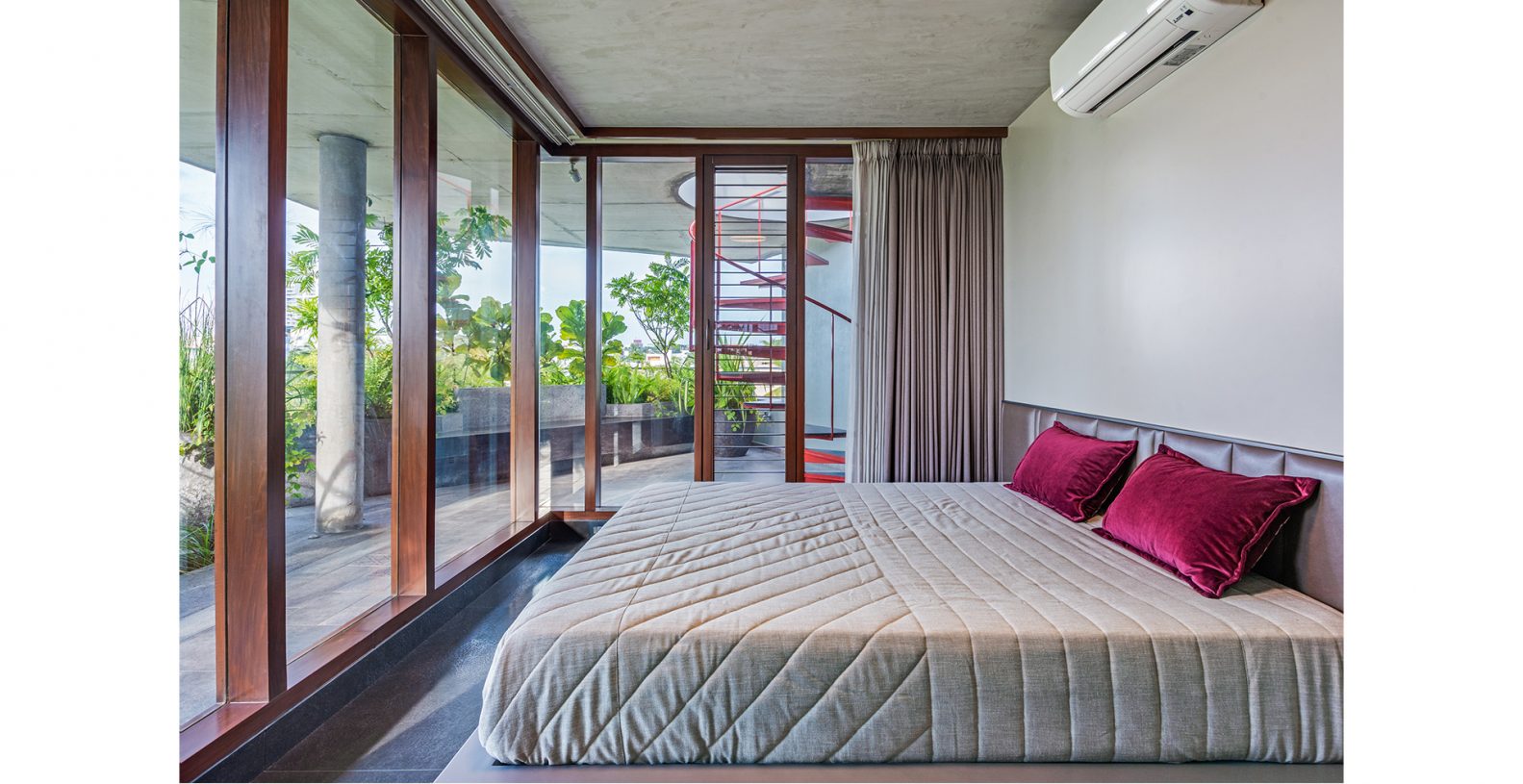 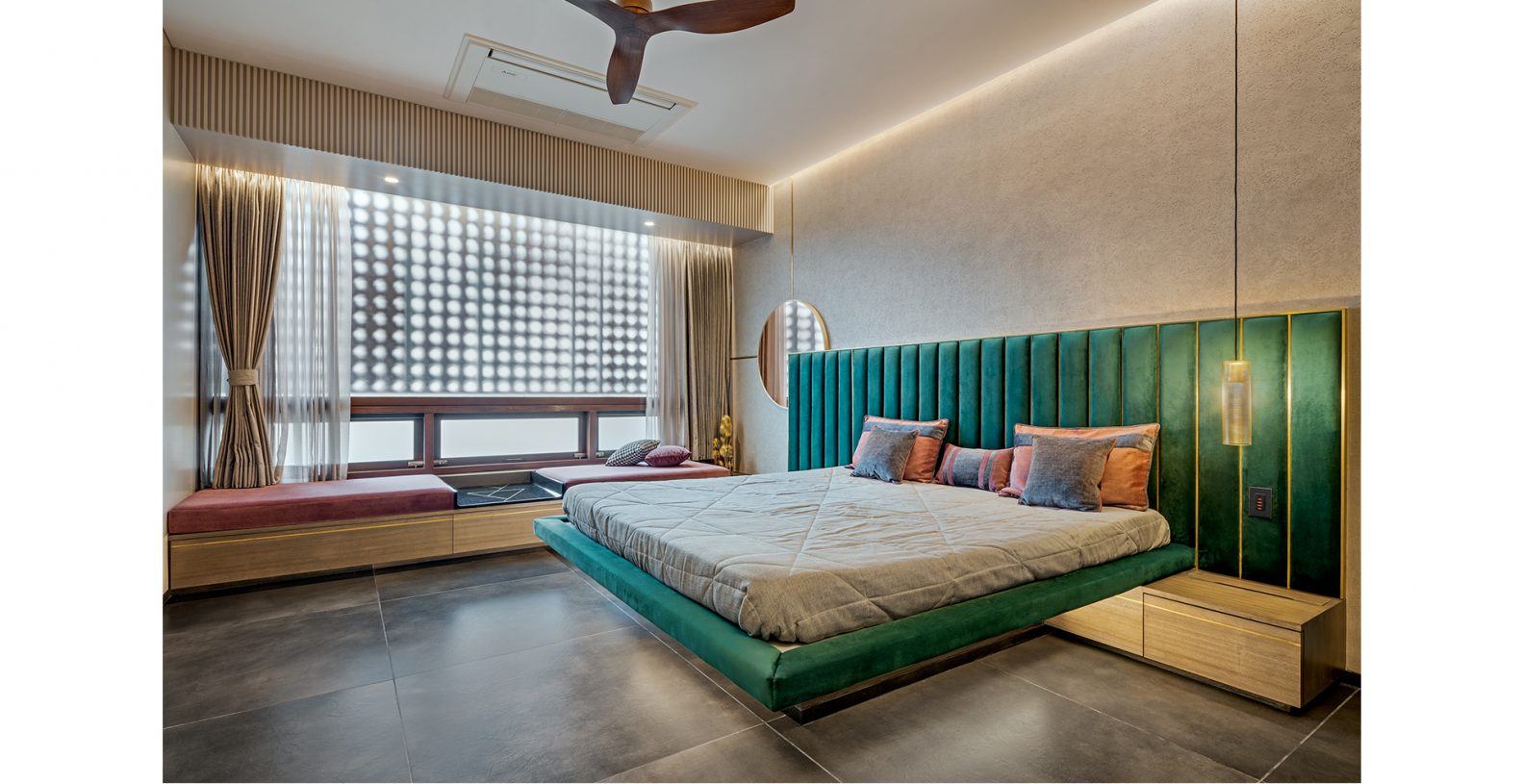 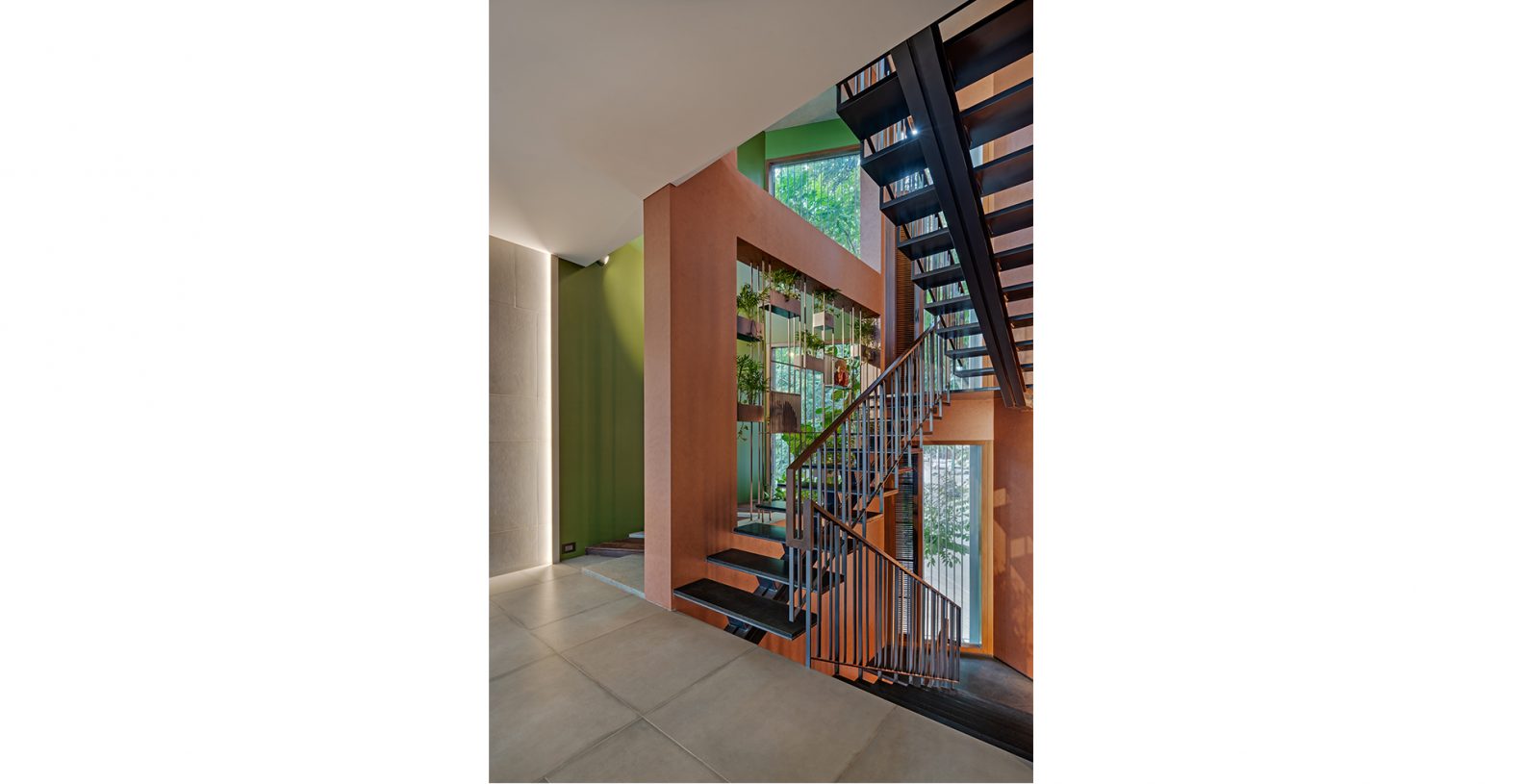 Cloaked by Cadence Architects is a novel architectural specimen, located on an angular plot amidst a dense urban fabric. A distinct facade of perforated weathering steel artistically conceals the seemingly levitated horizontal planes of the structure, creating depth and visual novelty. Unfinished concrete bands have been adroitly juxtaposed with the red accents of the veil-like, delicately crafted steel sheet. A neutral interior palette with an earthy aesthetic and understated detailing are a perfect contrast to the fortress-like exterior.

“‘Cloaked’ is an abode design intervention, monolithically pitched into a tightly knit urban setting. It is enclosed on all sides by an overpowering city fabric. The design was incorporated into a challenging triangular site profile with acute angles at two of its corners,” explained the designers. With two edges abutting the bustling street and a third engulfed by an edifice, the western corner of the plot is the highest point of the moderately sloping plot. Optimising the angular nature of the site, the edifice is representative of armour—a defence against the tumult of city life. “The primary bulk is lifted off the street level translating into a stilt parking at ground level, whilst the terrace level parasol manifests a sharp angled concrete slab, giving it a sense of finesse,” they said.

Elucidating the spatial composition of this residence, the architects said, “Programmatically, the core of the site unifies and divides the layout into two distinctive activity zones resonating vertically and horizontally through the building.” A double-height living space and stairwell anchor the triangular layout of spaces. A kitchen, dining and semi-open verandah are housed in the eastern wing, while the west side features an ensuite bedroom. The second level is marked by a number of private quarters, converging at a centrally located pedestrian bridge. The third level is defined by an expansive terrace, with a covered lounge area at its core, which facilitates beautiful views of the city’s treescape. A guest room is nestled here as well.

A rustic and restrained interior palette is enlivened by the wonderfully filtered light that  streams in through the facade, creating an ethereal ambience for the warm, curated spaces. 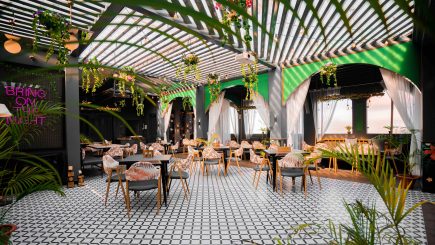 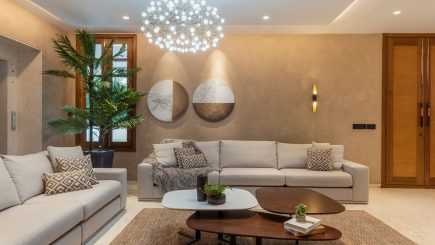 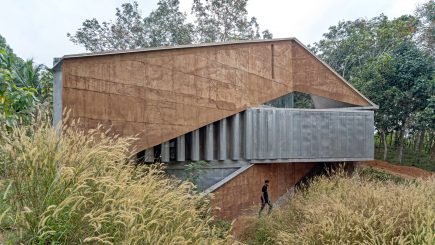