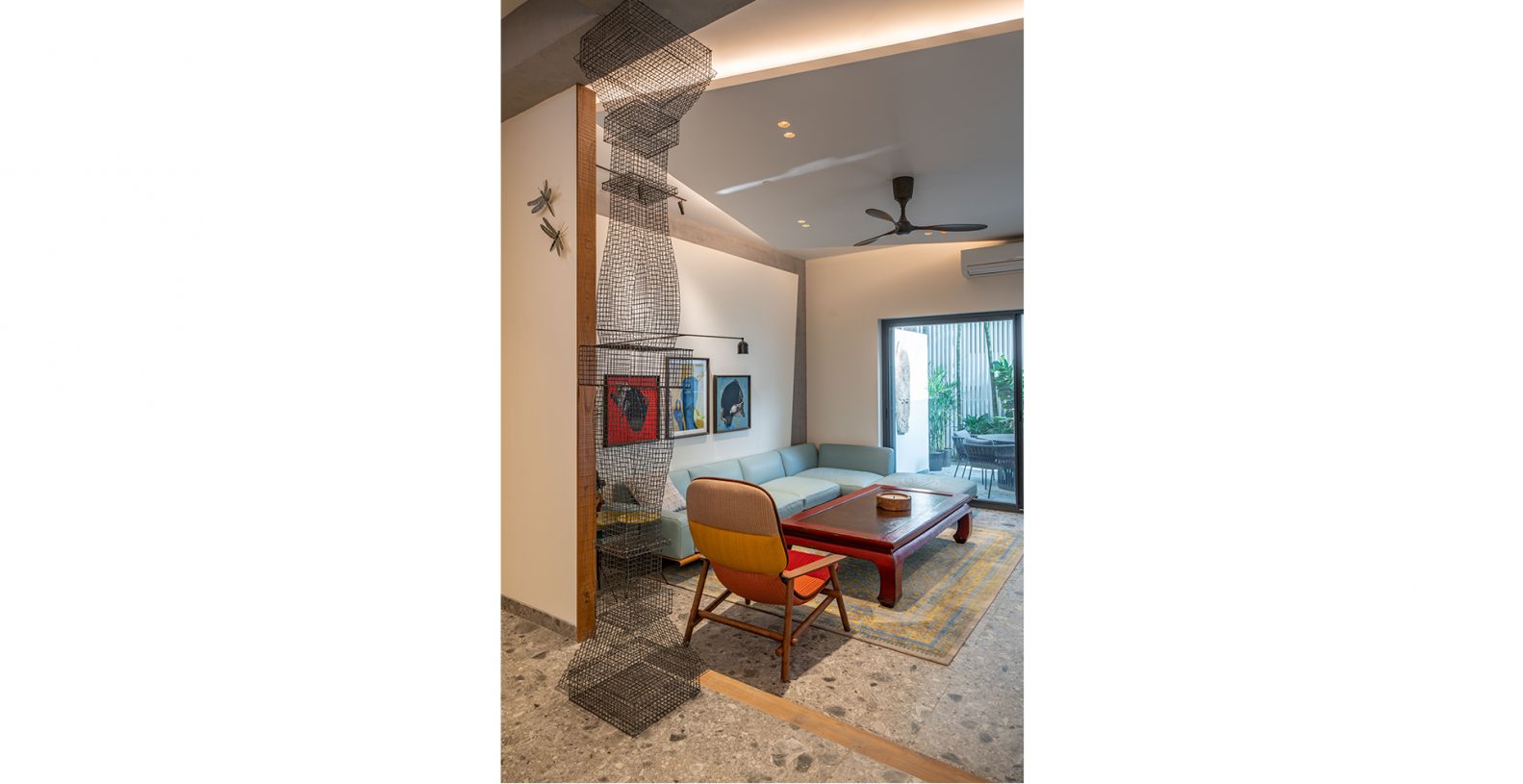 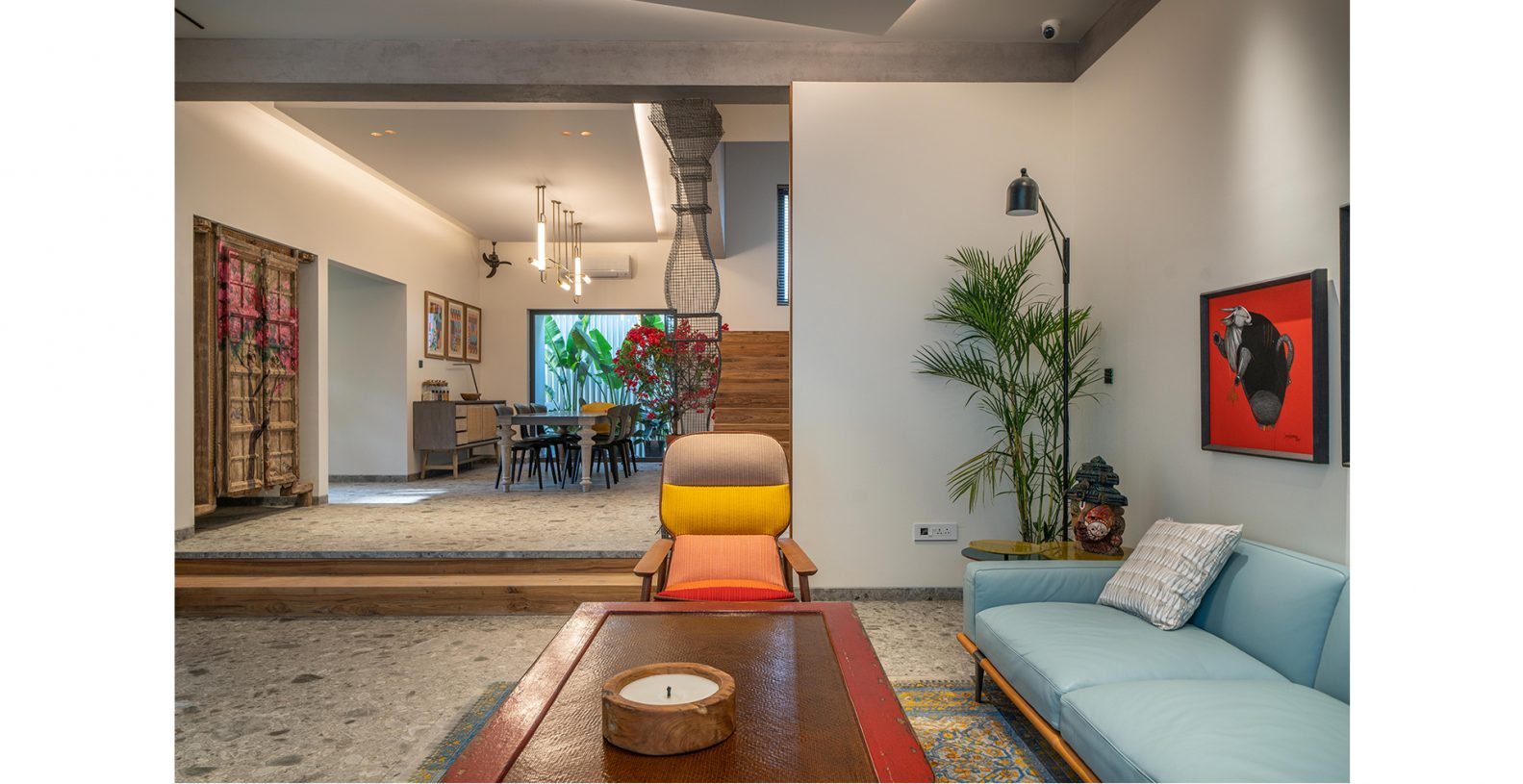 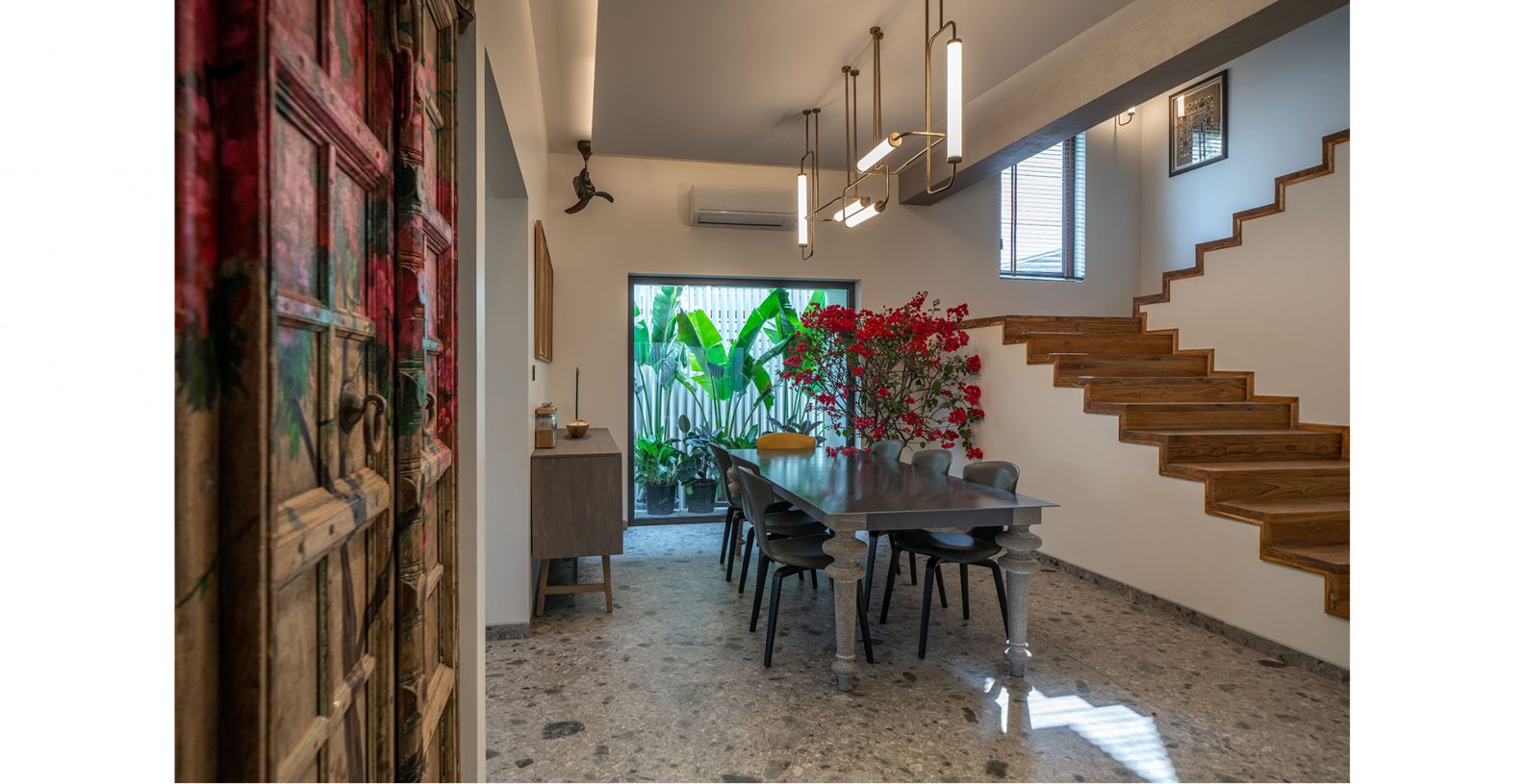 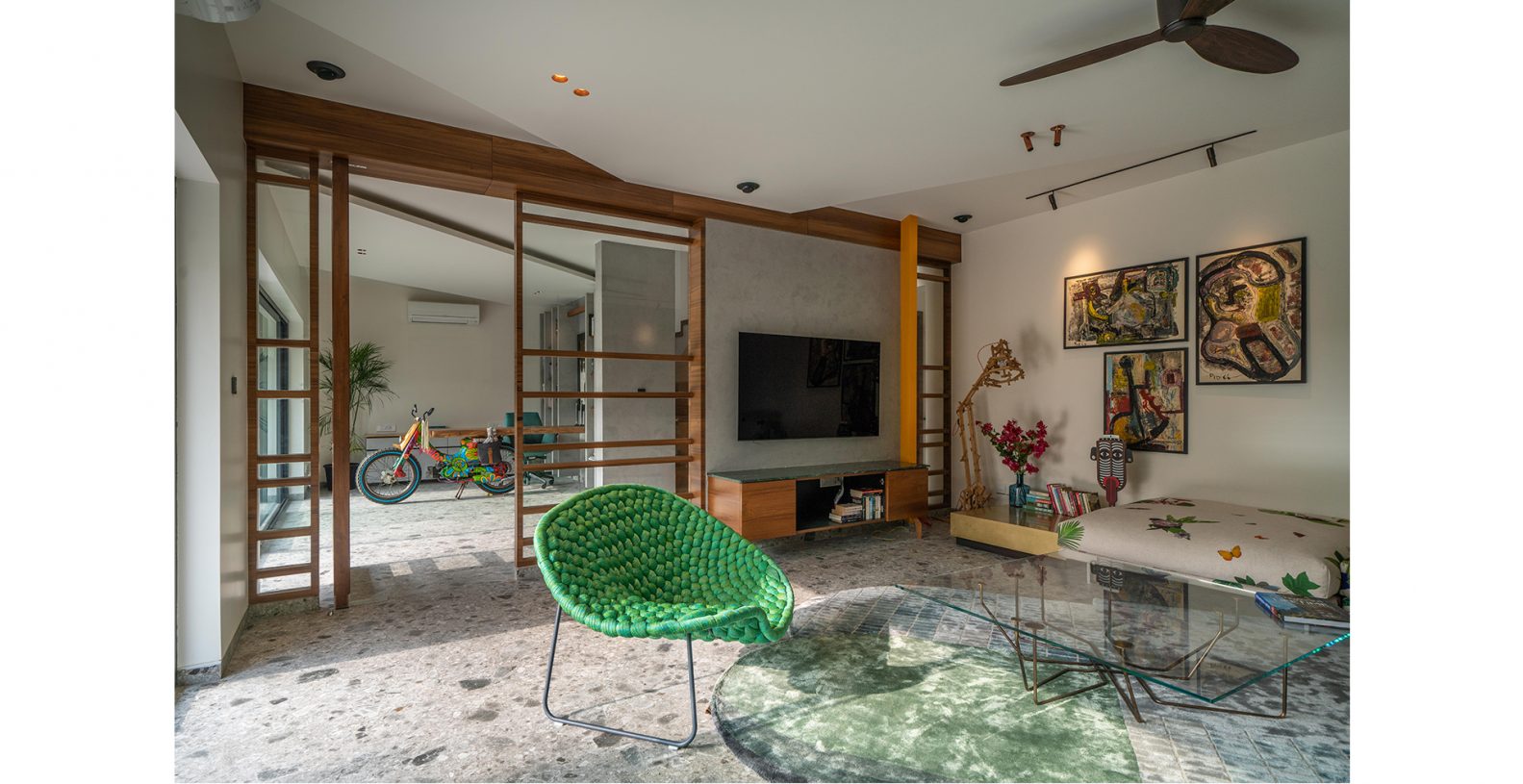 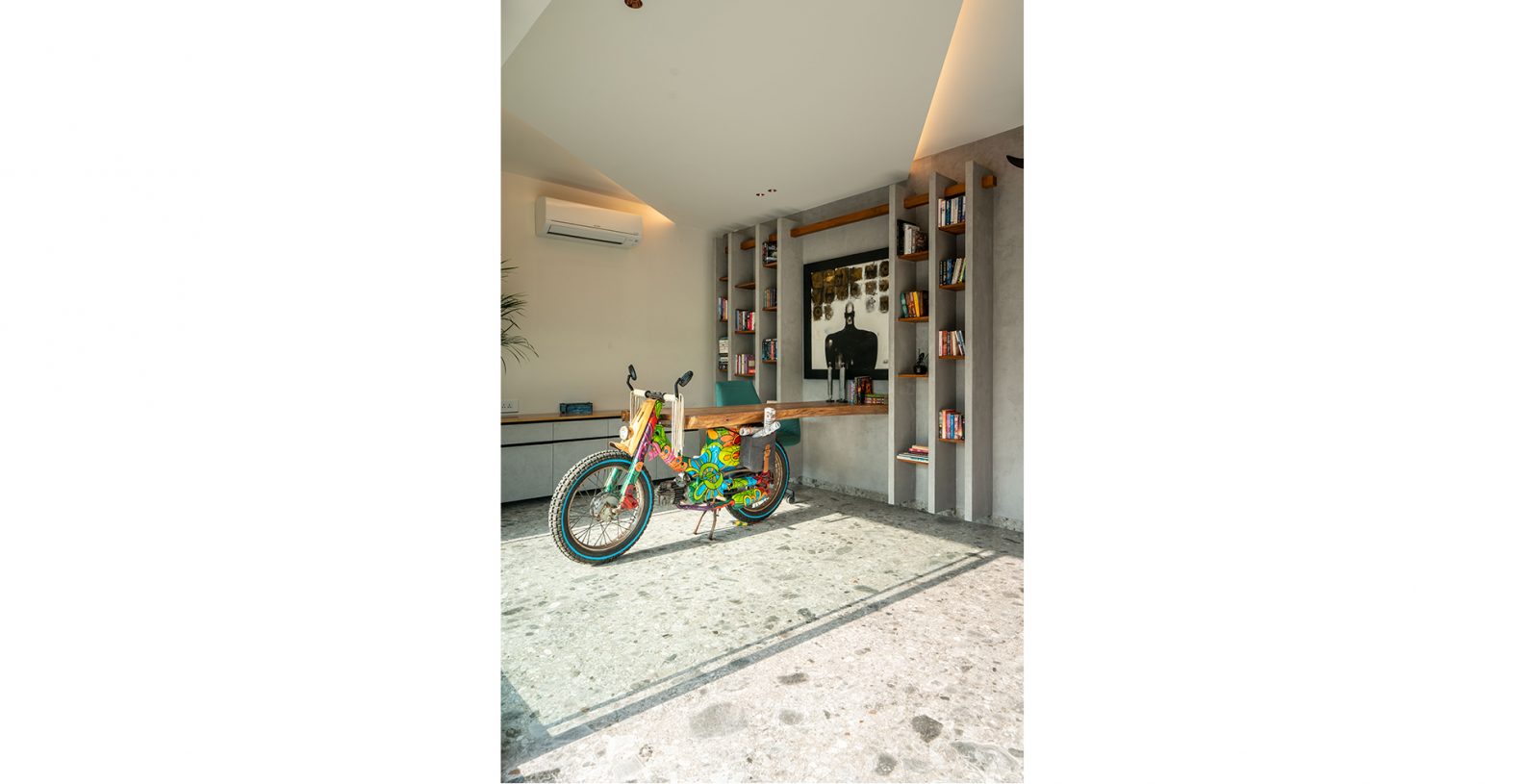 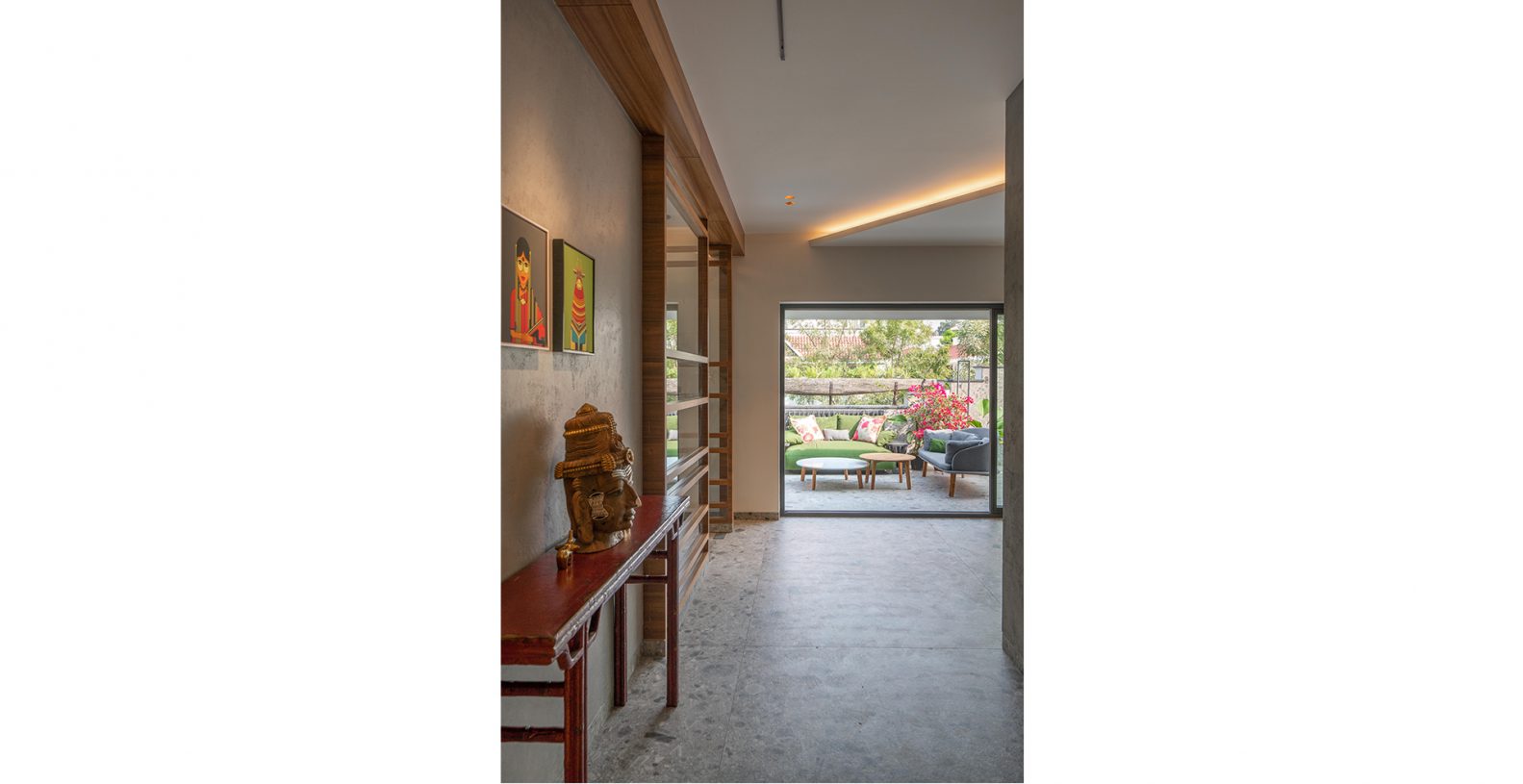 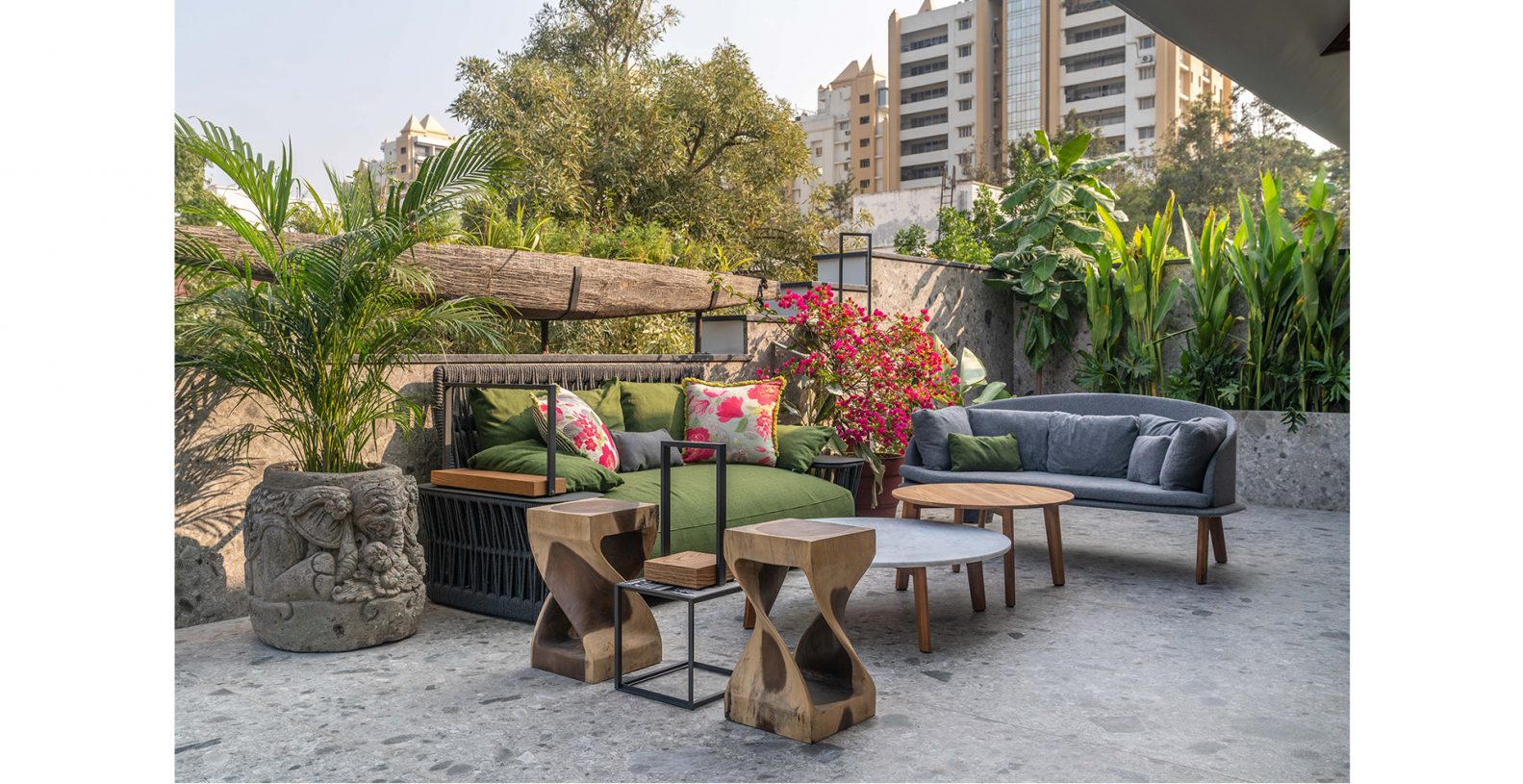 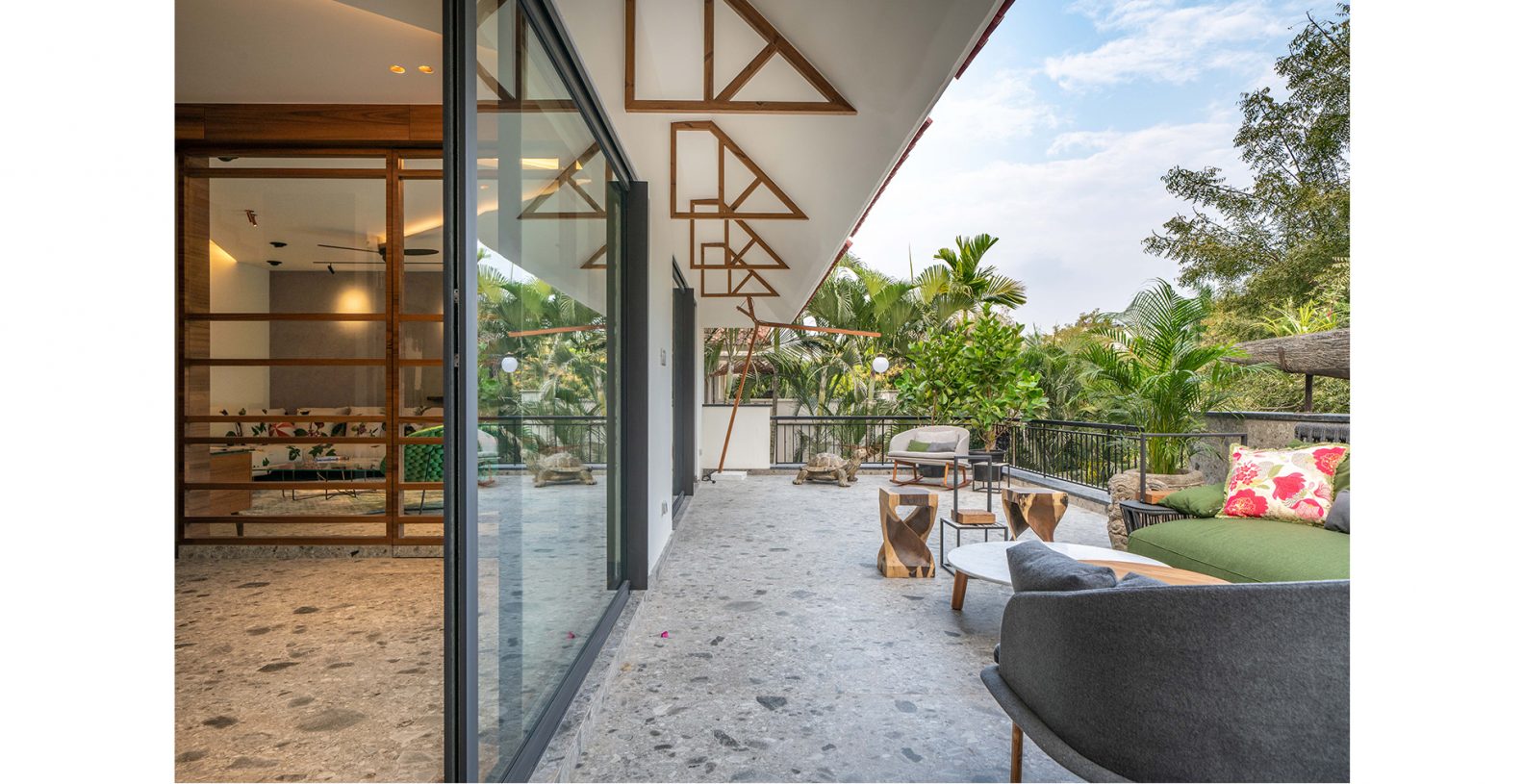 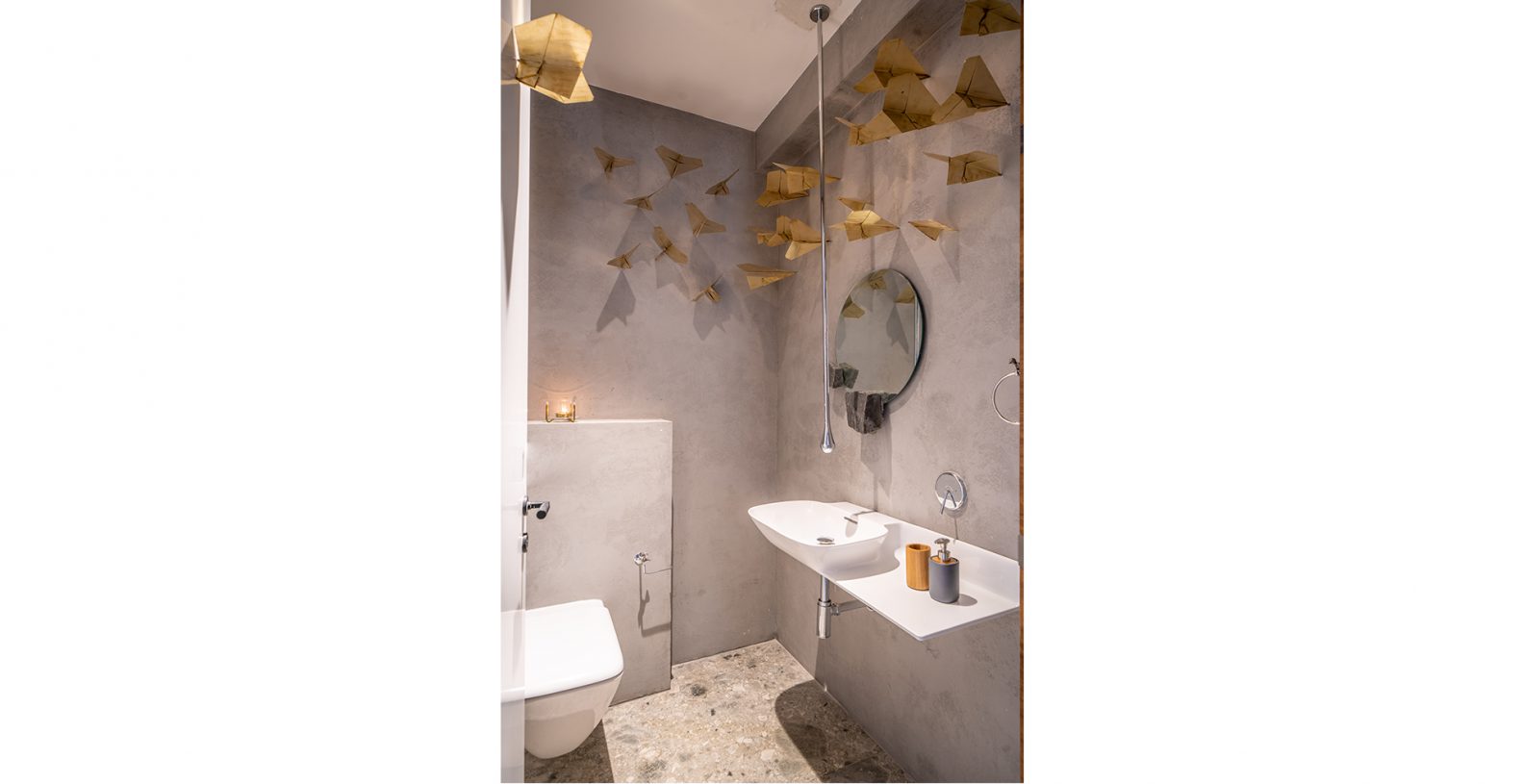 Villa 81 by Aamir Hameeda Design Studio in Hyderabad is an urban chic masterpiece. Utilising a unique palette of salvaged, recyclable material, this home is a quirky rendition of their design philosophy which can be best described as ‘modern traditionalism.’

As they were approached by a couple who also happened to be close friends of the design duo, the project holds a special place in their portfolio. Originally titled the Bougainvillea House, the client’s love for bougainvilleas that stemmed from her childhood has been expertly incorporated in both the interior and exterior spaces of the residence. Featuring numerous wall openings, the indoors and outdoors have been seamlessly amalgamated for a fluid, airy and luminous living experience.

Artwork from the 60’s (another one of the clients’ passions) has also been beautifully adapted to the interior language of the space. One such highlight of the home is a study table that has been fashioned using an M80 motorcycle, with a custom paint job to reflect the bohemian aesthetic that they relate to and coveted.

Another distinct feature of Villa 81 is the powder room, which reminisces the client’s childhood habit of making paper planes all the time (rather than studying), with a brass installation that depicts these origami creations. 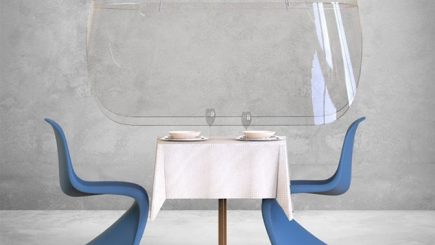 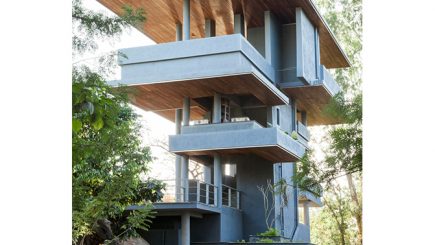 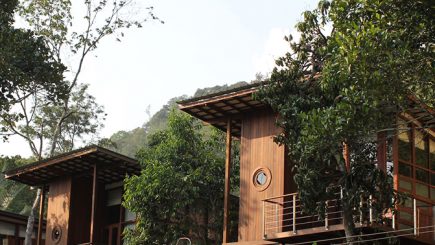